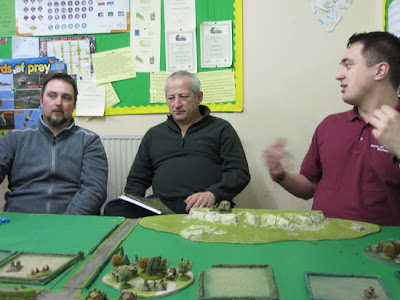 The German defensive line starting their left and moving right 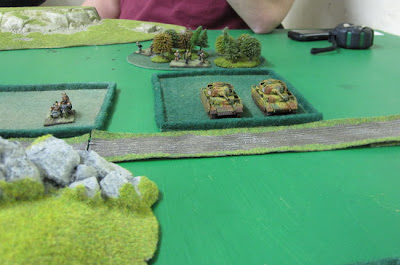 the centre, the hub of the German defense 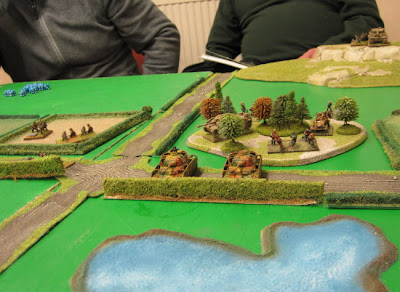 and on the right, mostly infantry 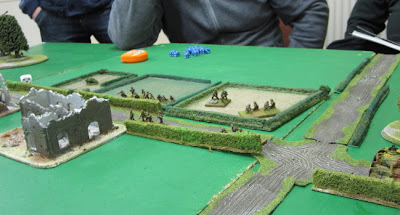 All good positions, using cover but IMHO the tanks were too close to the front (and in the case of the Tiger on the hill, too far back) and invited defeat in detail, which is precisely what the Russian plan was.

Russian attack, we decided to throw everything at the centre and overwhlem the German defenders. There was also a nice road taking us straight to the hill (our objective) at the back of the table. 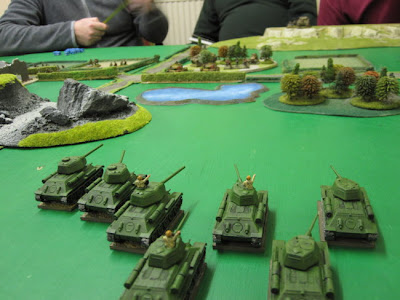 The Russian forces were simple, just tanks with tank riders on the back (they would have looked silly being balanced on the back of the tanks, so you will have to imagine them).

The plan is going well with the IS2s heading down the road and already 2 German tanks are burning, whilst another has been suppressed and forced back from the hedge into the wood. The Tiger on the hill is shooting at us but has so far proved ineffective. 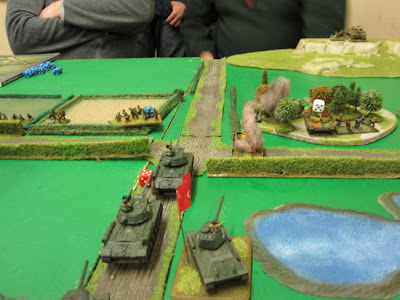 The plan goes horribly wrong when the advancing Russian tanks get their orders confused (roll a blunder) and instead turn on the road trying to destroy the German infantry but blocking the road and exposing themselves to flank and rear shots. 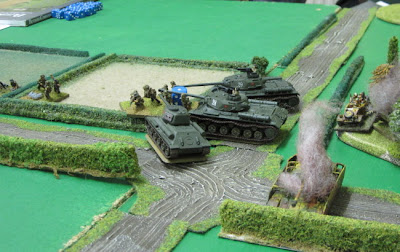 Its a mess, the Russian attack has stalled and under a hail of mortar fire and a German counter-attack (with the lone remaining PziV) Russian tanks are burning and the Russian infantry are being mown down by German machine guns. 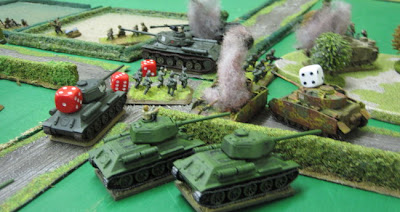 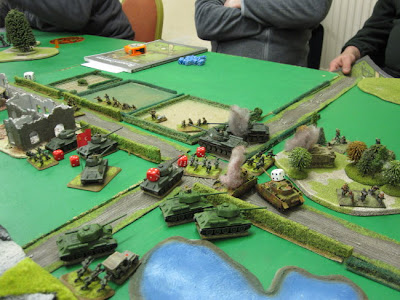 But the hill is clear, the Tiger was hit, suppressed and forced to fall back, straight off the edge of the table. The Soviet objective is clear, all we have to do is get there. 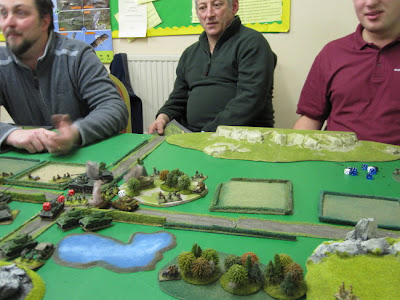 Game over (I think it took 5 turns), we did not get to the objective but the casualties the Germans suffered meant that their forces broke and we won the day. On to bigger and better games next time. 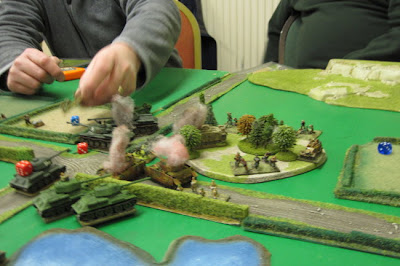 Thanks to Justin for the photos and Battle Report.

It was an excellent game and im really looking forward to the next one.

Email ThisBlogThis!Share to TwitterShare to FacebookShare to Pinterest
Labels: Games